The Basle-based ensemble Hornroh Modern Alphorn Quartet has been presenting its new programme Art und Brut since summer 2016. Brut, by fellow Basle composer Lukas Langlotz and commissioned by Hornroh, forms the basis; a multi-movement work for four differently tuned alphorns, büchel, alto trombone and voice. The programme sees Brut contrasted with a selection of traditional Swiss pieces, giving the evening a fascinating dramaturgy: “The traditional repertoire, which is interpreted unpretentiously yet artfully by Hornroh, makes one realise how fresh, indeed modern these pieces can be, while the new compositions blossom like exotic fruit thanks to the ‘raw’ nature of the horns” (Cécile Olshausen, Radio SRF). The alphorns also express a warmth, which is so close to the human voice, and always stirs something almost archaic buried deep within us. Ultimately the pure fascination of the instruments and the ensemble’s connection with the audience are elements that characterise Hornroh.

Hornroh performs on stage, in churches, at festivals, on mountainsides, and in other original and extreme sound spaces. By including their own pieces and movement in the space, this extraordinary quartet is able to respond individually to each performance situation. The programme was premiered in August 2016 at the renowned “Stubete am See” festival at the Tonhalle Zürich.

Art und Brut makes reference to the art movement Art brut, which brings art and rawness together, founded by the artist Jean Dubuffet. In Hornroh’s new programme pure alphorn harmonies, unpretentiously yet artfully performed, meet the archaic power of the sound of differently tuned harmonic series. The alphorn can, in keeping with Dubuffet, be described as unacademic – mastering the instrument is often autodidactic – but Hornroh’s music, like Lukas Langlotz’s composition, is by no means naive. Rather it allows forgotten sound worlds to bloom and permanently enriches our familiar listening experiences.

Reviews
An encounter with sounds which hits the core, full of beguiling crystalline purity and fragility, of a deep poetry and contemplation. Bavarian Radio, Klassik

This ensemble ranks among the greatest and the CD is a must-hear.
La Revue du Corniste

Hornroh’s natural approach to the alphorn is the thing that enables a fresh listening experience and opens up new perspectives for the instrument – without dispelling the glacial spirit that dwells in this natural horn.
Cécile Olshausen, Radio SRF 2 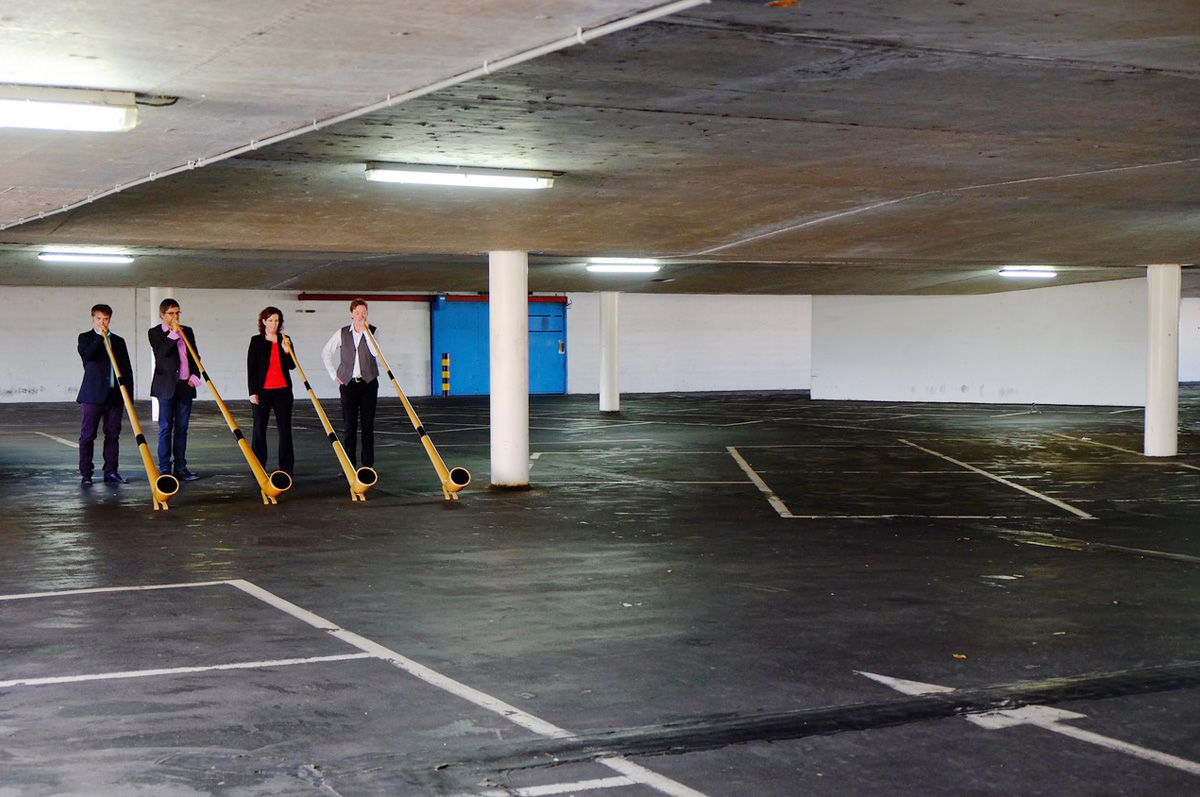